In Questions & Answers: European Media Freedom Act,  The Commission writes:"protecting society from harmful content, including disinformation and foreign information manipulation and interference." In the US,  this would be considered prior restraint, a form of censorship that allows the government to review the content of printed materials and prevent their publication.

I'm through with Tolstoy's War&Peace.

Wars can only be narrated from the angle of every single participant. Wars like the ones described in history books have never taken place, strategies were never executed.
Mearsheimer says (interview Unherd) Russia never intended to incorporate Ukraine because for doing that you need at least 10 times the number of soldiers Russia actually deployed. These are the conventional ways of telling war stories. You can't occupy a country because you can't occupy a person.
That's why the Soviet Union's dominance in Eastern Europe collapsed, vanished, once it became clear to every single person in Eastern Europe that every single person in Eastern Europe knew that the dominance could be ignored, ignored not fought. 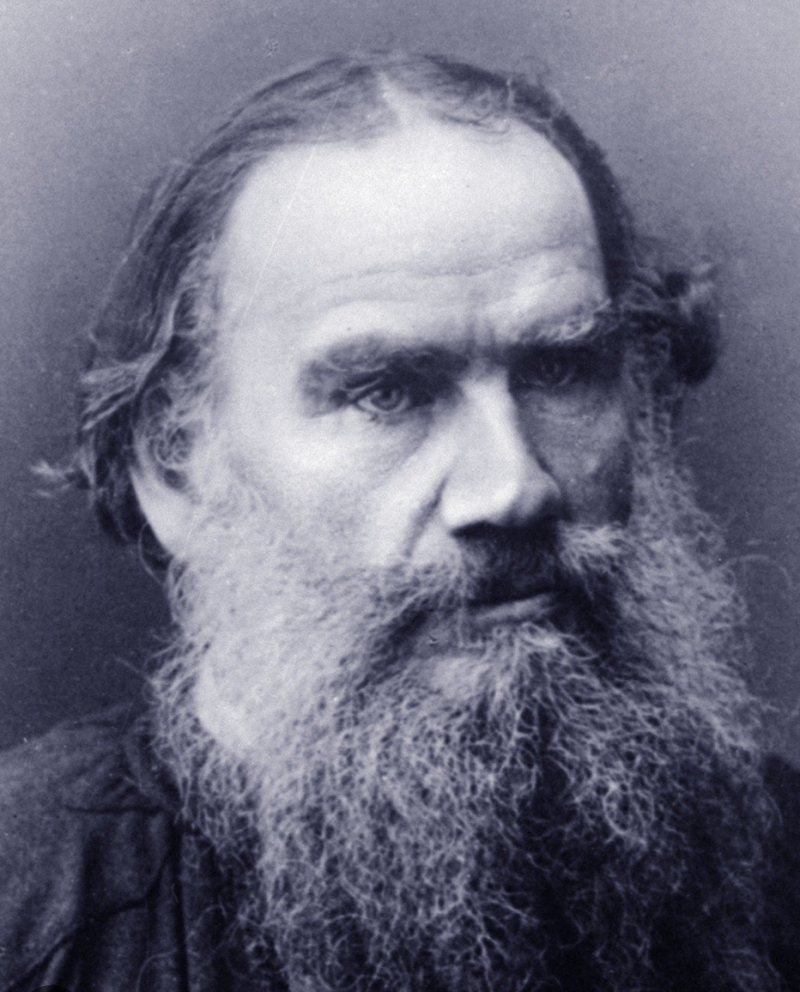 Writes DeLong in Slouching: "It is normal for a plutocratic elite, once formed, to use its political power to shape the economy to its own advantages. And it is normal for this to put a drag on economic growth. Rapid growth like that which occurred between 1945 and 1973, after all, requires creative destruction; and, because it is the plutocrats’ wealth that is being destroyed, they are unlikely to encourage it."
Klein comments:
"A different version of the book would have used this to frame a long discussion of antitrust and public choice theory. More generally, I would love to know the extent to which the post-1870 boom was due to the suppression of this “normal” behavior. If so, what caused that? And how can we restore the dynamism and competition that Schumpeter recognized was so essential for progress?"

In every society, there's always a regular build up of pressure in public opinion. Pressure for change.
In democracies, if media do their job correctly, this is a publicly known process. Democratic procedures can then lead to decompression and so on to the next build up of pressure.
In non-democratic societies, the state of public opinion is unknown to itself, but pressure builds nonetheless. So, it happened, to everyone's surprise, that in Poland Solidarity won all seats of the Senate in June 1989. The fall of the Wall being the most famous example of all.
In non-democratic societies, surprising outcomes are predictably unpredictable.
But what about democratic societies?
When MSM and politicians do the governing elite's bidding, we are in a simile non-democratic process. In Italy, we have seen Poland like surprises: for three times a party moved from single digits to close to a quarter of total votes; M5S, Lega, FdI. All three parties offering solutions of the wrong problems and then delivering the same same.
It seems that actually the citizens of many democratic societies are waiting for a proposal that doesn't come.

Streeck about the future. 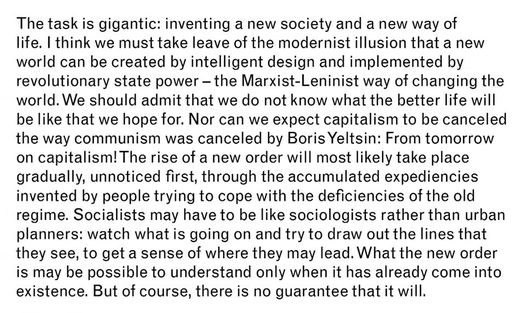 A description of the society we don't want.

As many intellectuals have recognized since the eighteenth century, the defense of private property is ‘the heart and the secret soul’ of Western civilization, to use Girard’s turn of phrase.

More than two centuries have passed, many theories and proposals have been advanced to limit or change the concept of property. Nothing has changed, nothing has worked. What should we do?